Education and Change with Motion Pictures
The Chronicles Group is a nonprofit 501(c)(3) corporation whose mission is to journalistically communicate the critical issues confronting Earth in the 21st Century through media, including feature documentary films and educational miniseries. Chronicles Group founder Jim Thebaut is a Los Angeles based Producer who has applied his distinctive storytelling and visual style over a multitude of topics including history and true crime, but the last two decades of environmental upheaval has demanded he focus on the growing threat and unforeseen impacts of climate change.​
CHRONICLES GROUP'S PROJECT PHILOSOPHY
​
Our Philosophy  includes being an Advocate for the Future Leaders of the World-Our Children!
Its constantly creating educational geopolitical/ecological system project themes and advocating for science, technology, research and implementing viable solutions for the Climate Emergency and the evolving Water, Energy and Food Nexus emergency..
We also strive for Honest Journalism, Ethics and Nonpartisan and Objective Media.
We seek to-establish Project Partnerships-Creating Public Policy and Strategies-and- Creating New Innovative Projects.

The Chronicles Group doesn't refer or consider itself as a  production or filmmaker company but as a journalist/educator which uses documentaries, videos,  books and Reports, lectures and public forums, screenings, theaters, television  and classrooms as the central means and environs for Educational Communication
Support Us

Click here for more information and to watch the promo 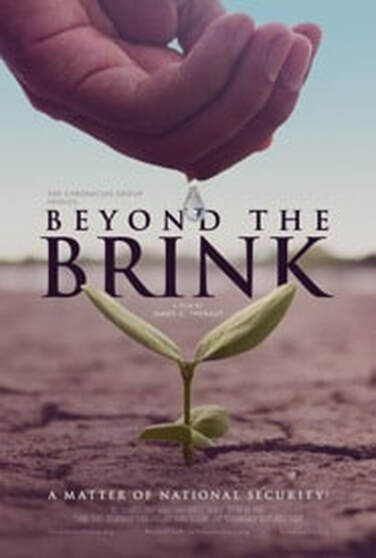 ​The American Southwest:  Are We Running Dry?

Nearly every state in the American Southwest is affected by a water crisis and is struggling with record dry conditions. On the heels of the American Southwest’s drought, and in an effort to raise awareness, The Chronicles Group with support from grants from the California Water Association, the Metropolitan Water District of Southern California, the Southern Nevada Water Authority and other public and private entities, Vegas PBS will present The American Southwest: Are We Running Dry? directed, written, and produced by Jim Thebaut, president of The Chronicles Group, a Los Angeles based non-profit public information/education film production company.

From the White House to the House of Representatives, Jim Thebaut interviews key thought leaders for an intelligent and informed discussion about the evolving water crisis.  Thebaut  filmed at diverse locations including the Navajo and Hopi reservations, on Capitol Hill and in Las Vegas for an absorbing and contemplative discussion about conservation, water reuse, desalination, unprecedented population growth and future water policies. Interviews with key members of Congress include Sens. Jon Kyl (Ariz.), Ken Salazar (Colo.), and Pete Domenici and Jeff Bingaman (N.M.), and U.S. Reps. Mary Bono (Palm Springs) and Jim Costa (Fresno). An interview with Dr. Gene Whitney, science advisor to President Bush, also is featured in this impartial and balanced documentary.

The American Southwest:  Are We Running Dry? gives audiences an in-depth awareness and education of the water crisis in the United States. Viewers learn about land use planning and the water needs of cities in the Southwest, and how climate change may impact water levels on vital sources such as Lake Powell, Hoover Dam’s Lake Mead, the Sacramento-San Joaquin River Delta system, the Rio Grande and the Colorado River.
watch the documentary

A MATTER OF NATIONAL SECURITY

This is our Brand New Project that we are trying to raise money for.  Everything above has culminated into this project.
Donate to Project

The Bulletin Of Atomic Scientists have recently registered the Doomsday Day Clock to TWO minutes to Midnight. This is judicious reflection of the dangerous state of the planet, by the existential threats posed by the breakdown of global agreements and devolving state of nuclear and climate security. Either threat offers alarming environmental change, altering ecological conditions and its interconnected impacts and consequences.

The United States National Intelligence Council’s 2035 GLOBAL TREND REPORT predicts a dangerous and dire future for the world.Including never before seen warming temperatures. explosive population growth, half of the planet experiencing massive water and food shortages, global pollution, widespread human migration and armed conflict between ideological militants and nations with the mounting threat of nuclear war.
​
The projected population of the planet by 2050 is 10 billion.
Click below to download the Conceptual Summary
Summary

Chronicles Group proposes to create a 13-part 30 min episodic television series and theatrical documentary feature which will place a spotlight and focus on the global crisis as well as provide immediate solutions for the existing and projected dwindling food, energy and water Resources emergency humanitarian crisis....In addition the the Chronicles Group will create a new and innovative international distribution system to assure a global audience.

The productions are attended to raise awareness and generate action among the youth of the world, the general public and elected officials on the evolving destructive forces which are currently are causing and will dramatically escalate the global migration and international security threats.

The Chronicles Group is a nonprofit 501(c)(3) corporation and its mission is to journalistically communicate thru media the critical issues confronting Earth in the 21st Century
​A 501(c)(3) Corporation
© Chronicles Group 2020 All rights reserved.
Support Us